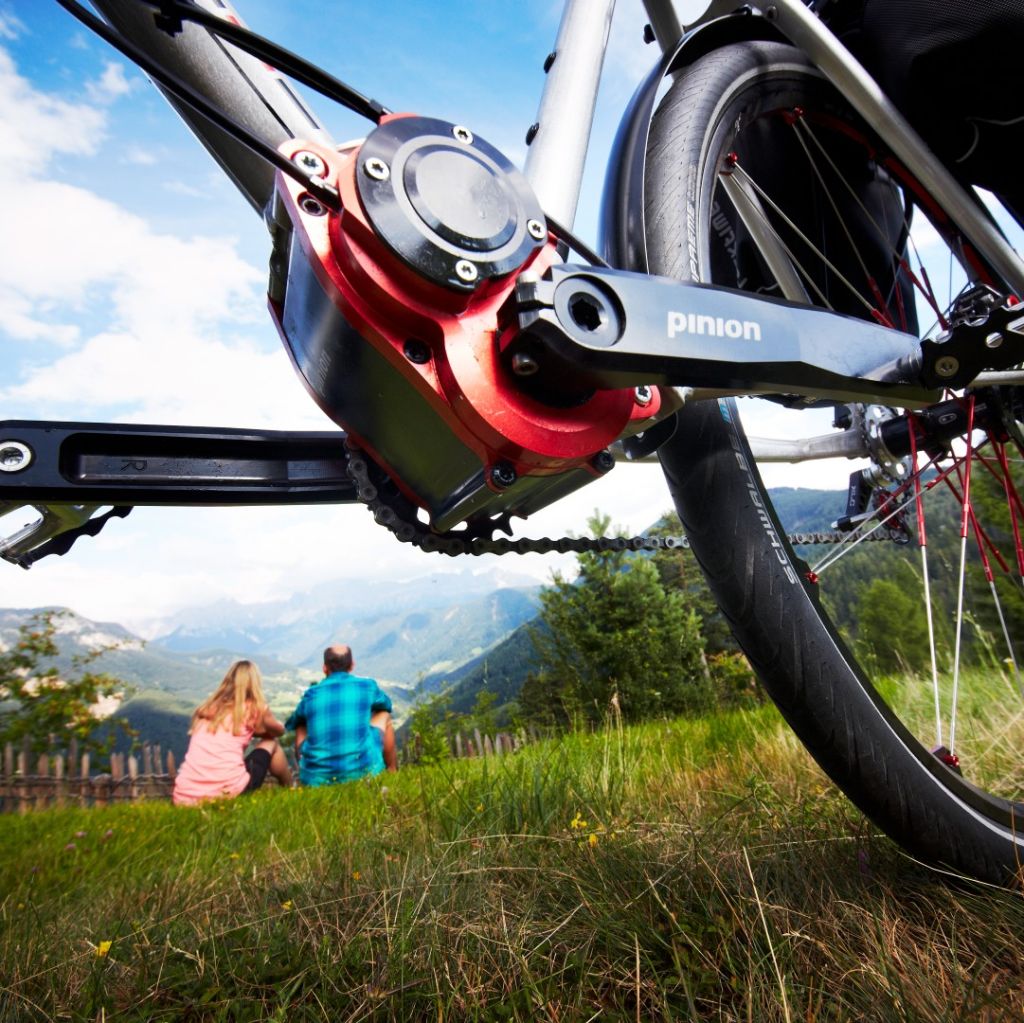 Is it possible to revolutionise the bicycle once again? If you ask one young company from the Stuttgart Region, the answer is a clear Yes! The enthusiastic cyclists and engineers Christoph Lermen and Michael Schmitz got sick of traditional derailleur systems often spoiling their fun when out mountain biking. "Our quest for the ideal bicycle transmission didnt start with an engineers CAD program: it began on the trail."

The young engineers met at the sports car manufacturer Porsche while they were still students. In the inspiring environment of university, the development of automotive high-tech and personal enthusiasm for bikes, together they gradually had the idea of transferring technologies and quality standards from the field of automotive engineering to traditional bicycle transmissions. "The need for time-consuming care and maintenance after each ride made us realise that a better gearing solution was needed", explains Schmitz.

What emerged is the worlds first bike gearbox manufactured in series production to automotive standards. "With the P1.18 gearbox, we have developed a new technology base rather than an individual product". This is how Christoph Lermen explains the approach taken by the two company founders. The company was set up with support from banks and other capital providers - the financial cost of the development is high. The company was founded in 2006. It now has seven employees and the two bosses, a young crew that continues to refine its groundbreaking idea.

The principles of gearing are nothing new. They were already known to Aristotle. Da Vinci drew hundreds of examples, and there have been high-performance industrial gears since the days of the steam engine. Even the modern spur gear has been the standard in automotive technology for over a century. But what is new about the Pinion bike gear is "that we have succeeded in constructing a spur gear with 2 successive partial transmissions and 18 evenly spaced ratios that are compact and lightweight", explains Lermen. The two engineers promise that in this way the gear has a long and virtually maintenance-free service life.

Because all of the parts are well protected in a tough, fully sealed housing and are integrated centrally in the frame of the bike, the Pinion bicycle gear offers an alternative to the derailleur, the last technical deficiency of the modern bike. While there is the alternative of hub gears, Schmitz explains the decision in favour of the classic gear structure over hub gears as follows: "their unfavourable weight distribution and the very noticeable loss of power in some gears did not meet our idea of dynamics, handling and sporty use". The first Pinion gears were delivered last year, and the list of renowned bicycle manufacturers that have fitted the worlds new technical innovation made in the Stuttgart Region in their models is impressive: Staiger, Patria, Koga, Nicolai and Endorfin are just some of the brands that have put their names behind the fledgling product.

Just last year, the company founders moved from Stuttgart to Denkendorf in the Fildern area. Production and delivery has been running at full steam in the new factory there since July 2012. The Pinion gearbox was tested thoroughly in their own test laboratory beforehand in order to ensure maximum quality and reliability. "We test at the same high level and using the same testing standards that are used in the automotive industry", ensures Schmitz. So anyone who takes a new Pinion gearbox bike out on the trails can rest assured that they wont be a guinea pig. Instead they have purchased an extremely durable and reliable product. Anyone who is still not convinced might be impressed by the fact that extreme biker Felix Fröhlich crossed the Himalayas in 2010 using a Pinion gearbox prototype. Problems? None whatsoever.

At last years Eurobike trade fair and the Eurobike Demo Day, 12 makers of everything from mountain bikes and trekking bikes to urban bikes and electric bikes presented their new models with a Pinion gearbox. "Like in the previous year, the reactions were very positive", the two CEOs reported unanimously. "Other bicycle manufacturers want to align their bikes to our gears and fit them in their bikes." The young entrepreneurs have already published a cool catalogue, which presents details of the gear technology and the production process and explains the testing procedures as well as giving bike lovers a glance behind the scenes.